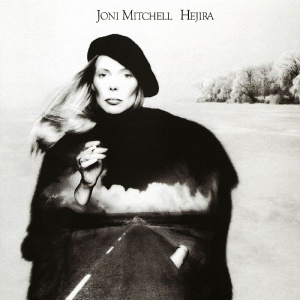 Much as I have genuinely loved hearing old favourites again, or making proper acquaintance with records that had passed me by first time, the biggest effect DRC has had on me has been to introduce me to a huge amount of music I had either avoided to simply not heard before. I’ve been intrigued and pleased to hear absolutely everything everyone has brought, no matter what my preconceptions, except for Marillion who are fucking shit.

I could have chosen something I might have presented to the Club had I not been beaten to it by one of the others, like ‘Hidden’ or ‘Venus Luxure No 1 Baby’ or ‘She Hangs Brightly’ or ‘The Drift’ or ‘Strange Free World’ or ‘Post’ or ‘Silent Shout’ or ‘…Well?’ or ‘Clear Spot’ or ‘Psychocandy’ or ‘Spiderland’ or ‘The Smiths’ or ‘Icky Mettle’ or ‘Knock Knock’ or ‘Third’ or ‘Life’s Rich Pageant’.

I could have brought along something I already had that I thought deserved a second listen and re-examination, for good or for bad, like ‘Let England Shake’ or ‘Richard D James’ or ‘Strange Mercy’ or ‘Spirit of Eden’.

I could have used this as a spur to go out and buy something I really, really liked on first hearing and wanted to get to know a lot better, like ‘Double Nickels On The Dime’ or ‘Oar’ or ‘Another Green World’ or ‘The Modern Dance’ or ‘Drive By’ or ‘New Boots and Panties’ or ‘Super Roots 7’ or ‘Dusty in Memphis’ or ‘New History of Warfare’

I could have bought something I have subsequently hammered on Spotify and given back more substantially to the artist who made it, like ‘Grace and Danger’ (except he’s dead) or ‘Young Man in America’ or ‘The Idler Wheel’ or ‘John Wizards’.

Instead, I decided to choose one of the records I’d first heard at a meeting and then subsequently made the effort to go out and buy.

I made a sub-list.

There was one record on it.

I’m not really sure how this came to be. I’ve loved, admired, been intrigued by and wanted more of dozens and dozens of the records I’ve first heard at DRC. How come I only ever went out and bought one? I guess Spotify explains that to a very large extent, but not completely.

Perhaps what’s happening is an extension of the way we used to listen to and share records with our friends? Given the chance I would always buy something the others didn’t already have covered. They would do the same and, in doing so, we would increase the total span of records available to the community. Why double up on Spacemen 3 when one of us could be taking care of Husker Du? If that long-dormant instinct has been kicked into life by DRC, then that’s pretty cool. Certainly DRC is by far the closest I’ve come to sharing my record owning, buying and listening life with a bunch of others since I left University.

Even this record I picked up almost by chance. Every couple of months or so I have what’s left of my hair chopped back by a local barber who has an MBE but not, tellingly, for his hairdressing. This usually happens early on a Saturday morning and by the time I hit the market town streets there are weekend stalls setting up, one of which has two boxes of vinyl for sale, curated, I’ve always assumed, from house clearances and the like. They’re worth a browse nowadays although pre-DRC I would have scoffed at them, more than likely. As it is, I’m now more than willing to take a cheap punt on something I would have dismissed as 70s AOR or leftfield 80s pop before Tom, Nick and Graham opened my ears. Last Summer I spent £12 on 11 records almost all of which I would have previously overlooked and at least half of which are brilliant. See here: (http://instagram.com/p/Wop2QBSfOh/?modal=true).

I picked up ‘Hejira’ on one of these mornings. I’ve listened to it a whole lot since then and going back to it again this last week has been a great pleasure. I don’t have anything of weight to add to Tom’s beautifully judged write-up from Round 47 other than to say that I’m working through most of the reactions he describes and have been ever since I got this sleek, elliptical and wonderful record, across the street from the barber shop.

It’s not the DRC choice I’d take to a desert island. It’s not the biggest revelation. It’s probably not even in my top 20 of previous choices, but I like it a great deal and it’s absolutely as good a representation as any of the way DRC has had a really big impact on my life.

Tom listened again: Funnily enough this Summer has been one where I have listened to Joni Mitchell and pretty much nothing else. Occasionally dipping back to Blue (which still leaves me cold – a little too reedy and willowy for my tastes) but immersing myself completely in the complex, deep waters of Court and Spark and The Hissing of Summer Lawns, it’s ironic that Hejira is the only Joni album I don’t think I’ve revisited at all. Not because it isn’t magnificent but because I already know it well, whereas C&S and HoSL have languished in my collection collecting dust for nigh on 20 years waiting for the dullard in me to listen hard enough to see the genius they so blatantly are.

Hejira is a VERY different beast to both those records but is just as good and I left the evening feeling a little guilty that I had neglected it so during this Summer’s Jonifest.