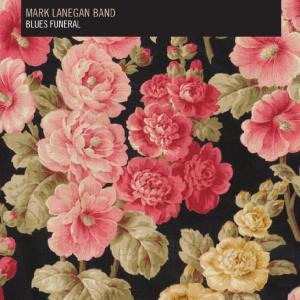 Unconsciously I managed to begin and end 2012 with Mark Lanegan. Round 20 saw him appear with the Screaming Trees and started me wondering why I never followed his solo career. This album was released around the same time and I began looking in to his extensive solo and collaborative career pre and post the demise of his former band.

I’ve still to properly evaluate the rest of his releases but something about this album just grabbed me from the moment I first heard it. His vocal style has now evolved in to something so rich that listening to it is like curling up in your favourite (if you have one) blanket.

On ‘Blues Funeral’ he seems to steer away from purer Blues/Country sounds I’ve heard on his other solo work and produces, what some might say, is a scattergun of styles. For me it just shows how he can apply his vocal style across so many genres. Fitting disco, grunge, electro, blues, Spaghetti Western and U2’esque moments  all on one album, might be too much for some. He seems to get away with it because of the consistency of his vocals and lyrics brings it all together. He might have just been lazy but he never overstretches his delivery style across any of the tracks.

While his lyrics deal with his normal fare of hangmen, bells tolling, whiskey stained glasses etc., e.t.c………., there is just something about his vocals that keeps you listening and inspires hope across the gloom and menace he is painting.

My two picks from the album would have to be ‘St Louis Elegy’ (with the added tension that it could break in to Bon Jovi’s ‘Blaze of Glory’ at any moment) along with ‘Harborview Hospital’ (hinting that at some future point it may become socially acceptable to listen to the ‘Joshua Tree’ in public).

Nick listened: As was revealed back when Graham played Dust, I’m a fan of Screaming Trees (especially Dust), and I’m passingly familiar with Lanegan’s post-Trees work, too – most pointedly his albums in collaboration with Isobel Campbell (formerly of Belle & Sebastian) and with Queens Of The Stone Age.

I was intrigued by this album when it came out back at the start of the year, but somehow not enough to buy it – I heard bits and bobs in record shops and on 6music, and thought it sounded interesting. In contrast to Graham’s perception of an eclectic album, it came across to me as very consistent; as well as his oak-smoked, whiskey-aged, granite-hewn voice, Lanegan uses an almost monochromatic sound palette here, synthesisers and drum machines binding together his genre-excursions so they feel very much of a kind. I enjoyed Blues Funeral, but it suffered a little from the company it kept – Fiona Apple, Perfume Genius, and Julia Holter all blew me away, whilst this was just a good listen.

Rob listened: Really pleased to see this land on Tom’s special DRC meeting table. I’d played it on Spotify a couple of times earlier in the year and found it both more immediate and more varied than earlier Lanegan records I have. I love Nick Cave, Tom Waits, Mudhoney, Tindersticks, Lee Hazlewood and a number of other points of navigation which point to Lanagan Land. In theory he ought to sit in a sweet spot between all of these, but in practice I always find him good to listen to but ultimately a little underwhelming. I guess I was more whelmed by this, with its buzzing, krautish undertow and a more direct and brutish approach than some of his more country-inflected efforts. Glad to be reminded of a record which had become lost in the mists of 2012.

Tom Listened: Although I was initially reminded of Tom Waits at his least weird when I first heard Blues Funeral – the voice is ‘getting there’, although Lanegan may need a New Year’s resolution to up his cigarette quota if he is ever to catch up with the great man – on reflection I think latter day Springsteen may be closer to the mark. Having bought my first Springsteen album this year (Tunnel of Love) and listening to it today, I was struck at how Springsteen’s conventional approach to producing an album (as in, ‘collect 12 really good songs together that on first hearing sound pleasant enough but over repeated listens reveal themselves as much more than you initially thought but are ultimately just 12 really good songs rather than some sort of major artistic statement’), is probably mirrored by Lanegan’s album from this year. A pleasant enough listen then, certainly preferable (for me) than Dust and possibly one of those that would go on to reveal riches beyond what was initially obvious, although I don’t think track 10 would ever sound like the Beach Boys no matter how many times I listened!