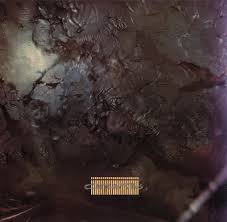 As a 17 year old in 1983, the choices of new emerging talent to follow seemed endless at the time. There was also a rich seam of mainstream dross to be avoided with numerous New Romantic/Synth Pop rubbish still around. Then I heard this for the first time.

Simply put, Liz Fraser sounded and expressed herself like nothing I had heard before. The instrumentation ranged from rich and lush to sparse, and sometimes playful, from track to track. Influences of Joy Division and Siouxsie are there, but the fact I was not familiar with either of them at the time just meant this was a whole new experience.

I’d initially chosen Treasure (3rd album) as my pick, but listening back to their 2nd album after maybe 20 years, I was amazed how familiar it sounded and quickly recognised this as a stronger offering. There are moments of introspection sitting side by side with what I can only describe as a “wall of gothic/post punk sound” that Mr Spector might have been proud of. Soaring vocals of unrecognised meaning, given weight and emotion by Fraser’s possibly unique style. Fair enough I had a few friends that responded, “what the **** is this” when I tried to convert them at the time.

Seeing them live at the Royal Festival Hall sometime around 83/84 was a magical experience. Fraser just hypnotised the audience and their sound filled the venue perfectly.

Not as dark as their first album and less ethereal than subsequent releases, this feels like their highpoint to me. I collected all the numerous EP’s from their early days and the 4AD compilations on which they featured just to get my fix. After Treasure I began to lose interest, probably more about me looking for new influences, though the overall sound didn’t seem to going anywhere new.

Maybe a bit of “you had to be there” album, as people became freer to experiment and push boundaries as the 80s/90s progressed.

Tom Listened: I have a very vague and depressingly distant memory of seeing the Cocteau Twins on The Old Grey Whistle Test in about 1985 and thinking to myself ‘this sounds great, but I’d never get it (as in ‘purchase it’ as opposed to ‘understand it’) as it’s far too weird’. Fast forward five years, the Dire Straits, Queen and Elton John records had been ditched (possibly literally), to post Husker Du epiphany (as in ‘music that sounds great is great irrespective of whether it sounds weird or not’) and I was ready to check out the Cocteaus properly. So I did. And, during the seemingly endless Summer of 1990 my C90 of Treasure and Blue Bell Knoll rarely left my Sony Walkman (if it did it was only to be replaced by something similar – AR Kane’s 69, Kitchen’s of Distinction’s Love is Hell etc etc).

I suppose I’ll always have a soft spot for those two Cocteau Twins albums in particular, not because they are that much different to (or better than) the others but because they immediately transport me back to good times. Nostalgia is such a powerful thing and certainly obfuscates objectivity. I did have a copy of Head Over Heels but by the time I obtained it I seem to remember feeling I had all the Cocteau Twins stuff I needed and it was all pretty similar, so I didn’t really bother spending much time with it.

Listening again at DRC, I was surprised by how varied it sounded in comparison to Treasure and Blue Bell Knoll, as if Guthrie and Fraser hadn’t yet quite nailed the aesthetic and were still in the process of appropriating their influences. So you can hear echoes of Joy Division and Siouxsie and Magazine (perhaps) and other great post punk bands and for some that could be a strength but for me I think I’ll always slightly prefer the more homogeneous albums that succeeded it – or maybe I just prefer the memories they evoke!

Rob listened: I bought ‘Blue Bell Knoll’ having heard ‘Carolyn’s Fingers’ on the radio and ended up taking it back to the shop. Money was tight for a teenager and I just hadn’t found anything else in the album to get to grips with. I’ve no idea what I swapped it for, but now, having bought hundreds of albums with just one decent song, and those not a patch on ‘Carolyn’s Fingers’, I regret it. I’ve since managed to accrete copies of ‘Head Over Heels’ and ‘Victorialand’ at student second hand sales, and I thought I remembered little about them, other than that I preferred the latter’s more abstract, ambient sound (i’ve no idea if it’s either, but that’s the impression i’ve retained).

I was surprised how much of ‘Head Over Heels’ I knew and I enjoyed hearing it again. I’m afraid for me they remain a band to be admired rather than loved. There’s something a little too cold and mannered in their music. Fair enough for them, but I prefer mine more instinctive and restless. Nothing here quite matches the brio and bubbly joy of that first Cocteau’s song I really did fall for, but never managed to hang on to.

Nick listened: I’m pretty sure I own this; I certainly know Sugar Hiccup, and I bought a handful of Cocteaus Twins remasters a few years ago when Robin Guthrie redid their entire catalogue. Obviously, this isn’t the Cocteaus album I’m most familiar with – that title goes to Treasure, followed by Heaven Or Las Vegas and Victorialand, which were the three I bought at university when I was introducing myself to them – but I enjoyed hearing it again thoroughly. As we discussed on the night, no one else has ever really got near to emulating the sound the Cocteaus produced, which, even though it did get varied slightly across their albums, is always instantly identifiable and, once you’ve bought into it, gorgeously enveloping.