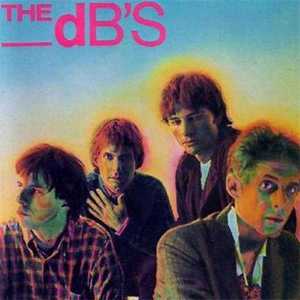 I don’t know whether I mentioned this when writing my response to Nick’s post on Abbey Road but my relationship with it has charted a meandering and, at times, surprising path. My first experience of a Beatles album was Sgt Peppers but the one I fell hardest for and the first album to teach me the lesson that what at first sounds awful often turns out to be great was Abbey Road. I was ten or eleven at the time and instantly fell in love with Boney M’s Greatest Hits – who wouldn’t! -but, before long, that side of the TDK C90 (or was it Memorex?) was being rewound in favour of the fab four’s final opus – Ra Ra Rasputin well and truly lost out to Polythene Pam! Before long, the tape got stretched, but still I carried on listening avidly (obsessively) until I knew ever wonky nuance of its 45 or so minutes (I knew its length was close to 45 minutes because there wasn’t enough room for Her Majesty (no great loss) and I assumed my Dad had just cut off the end of I Want You (She’s So Heavy) because it went on a bit and he was conscious of the possibility of running out of tape. Imagine my surprise when I later bought the album on vinyl and found the Beatles themselves had done exactly the same).

But then a strange thing happened. As my Beatles collection grew and my Rolling Stones one began, I stopped listening to Abbey Road. And it sat parked (more or less) for the next dozen or so years, occasionally being played but never repeatedly. I can’t remember the chain of events of what happened next but somehow the tape (a different one by now) found its way into my car and I started to obsess over the album once again. This time it sounded different. Not just the sounds of the album, but the melodies, those melodies I knew so well that I had heard countless times before, were transformed when I listened through my twenty four year old ears! I guess I knew what to listen out for, could contextualise the album in a way I couldn’t when I was younger. To use a modern cliche, I now knew the ‘tropes and signifiers’! George Harrison’s masterpiece, Something, in particular, blew me away, a little more with each new listen, the fact that I had become aware that Sinatra rated it the most beautiful love song ever written perhaps affecting the way I listened to it.

In an admittedly very roundabout way, I am now getting to the point….exactly the same thing has happened during the last couple of months between me and the dB’s debut album, Stands For Decibels. Having listened to it a lot when I first acquired it I had ‘parked’ it for a similar length of time as Abbey Road, revisiting it occasionally but never for a sustained enough period of time to re-click with it. The prospect of a themeless Record Club and an urge to play something that the others would be unlikely to know already persuaded me to give it another chance. And, sure enough, I now feel this album is a very different beast to the one I originally spent time with.

I had thought that Stands For Decibels was a collection of eleven of the purest pop songs – like a early indie version of Help! or Turn Turn Turn or some such. Finely crafted songs, jangly guitars, harmonies and middle eighths and tunes about love and seasons and stuff like that. However, second time around, the ever-so-slightly off kilter nature of the songwriting, singing and lyrics (and the absolutely breathtaking drumming throughout) has made me completely re-evaluate the record. Somewhat appropriately, considering how this is a record that draws heavily from Big Star, my conversion can be summed up thus: whereas I thought this record was the eighties equivalent to #1 Record, it is actually much closer in spirit and adventure to Radio City. And that, in my book, is no bad thing.

In fact, the only problem I have with the album now, is one that I have always had with it. Opener, Black and White, is just too good. Anything that follows has to appear anticlimactic and, as a result, I have always struggled with the inevitable drop off. However, this time around I have rationalized the situation and have come to enjoy Dynamite’s weird (unique) vocals – the way they draw the word out in what can only be described as a sneer – and She’s Not Worried’s bubblegum harmonics. In fact the entire album has a depth perhaps not evident on initial listens and it sounds increasingly magnificent with each passing listen. Maybe in ten year’s time, having been kept off the turntable by more current pretenders, I will discover yet another facet to Stands For Decibels and be reminded, yet again, that the old guys had the best tunes all along!

Rob listened: Let’s be honest, we’re at something of a disadvantage when it comes to ‘Stands For Decibels’. I hadn’t heard it before, or indeed heard of it before. In fact, when Tom pulled it off the shelf I, reasonably, assumed it was another of the cache of vinyl he seems to have smuggled in from 1980s New Zealand, perhaps imagining he was going to kick start a new rock and roll revolution like those Liverpool dockers unloading shipments of blues in the 50s and 60s. But it wasn’t.

Meanwhile, Tom and the dB’s (that apostrophe is annoying, by the way) have had sufficient time together to fall in love, get comfy with each other and then become enraptured all over again. This unveiling at Record Club now seems more like a renewal of vows between the pair.

Anyway, at first listen I got more of Tom’s second wave vibe. The second-cousin-to-REM dream rock sound was familiar, but it seemed shot through with dogged and really quite disarming call-backs, not only to 60s pop and psychedelia, but to doo-wop, folk and soul. Nothing like the straightforward scratchy proto-college rock I was expecting, I can see just why this record has been giving Tom pleasure after unknown pleasure for so very long.

Graham listened: Far too quickly I classified this as the jangle type pop I was sort of  expecting it to sound like. The it went and got a lot more interesting and complicated from a musical point of view. Some bits reminded me of the less familiar tunes produced by the Monkees, some of the Beachboys and some of early REMish qualities. Throw in what Rob found as well and you have an interesting album, which by the end, I can see why Tom cherishes it so much.