‘Album of the year’, always a difficult one for me. 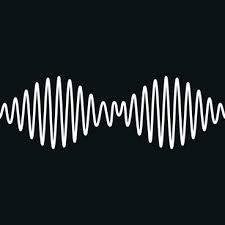 This year even more challenging given the record breaking 5 options I had to pick from. Hands down would be Hookworms, which Rob played earlier in the year. Nick inspired me with These New Puritans and The National, while I made a mistake with Boards of Canada. All this points to Tom not yet being forgiven for the stunt he pulled when introducing Al Green earlier this year.

I don’t own any other Arctic Monkey’s albums having never really felt the need. Liked the well known singles but never felt there was a substance that needed to be explored. But having heard extracts fom this I took the plunge and felt well rewarded. Being pretty transparent in my tastes, the first things that hit are the guitar licks of ‘Physical Graffiti’ era, cleaned up in a no need to ‘rock out’ way. The evidence for this being my daughter listening in the kitchen on her knees, in an an attempted power slide with her acoustic guitar gripped in a way which bodes well for NOW86 to be leaving her cd collection very shortly.

Mainly dirty, grubby style and lyrics but plenty of commercial appeal, which I am still a sucker for. Ends beautifully with John Cooper Clarke’s words on ‘I wanna be yours’, “And let me be the portable heater that you’ll get cold without”.

The Hookworms would make me want to be in a band if I was a teenager, the Arctic Monkeys just made an album I really liked.