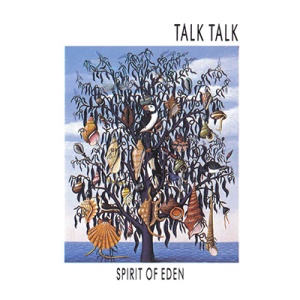 Tom’s “draw a pair of random years” theme has become a favourite; there’s no squeezing something to fit a theme, no talking your way around it – something was either released in the year you picked, or it wasn’t. I drew 1988 and 1996 this time, and had to choose an album from one and a track from another, and see if I could somehow connect them.

My first instincts for albums from 1996 all proved to be too long – Orbital, DJ Shadow, Underworld, Maxwell – due to the mid-90s fetish for squeezing as much music onto a compact disc as possible, or else had already been played at Devon Record Club – Aphex Twin, Screaming Trees. My first instincts from 1988 suffered the same two fates – Public Enemy too long, My Bloody Valentine played by Tom some months ago. What’s a guy to do?

Choose the dismayingly obvious pick that he’d forgotten about, clearly, that follows on from something played at our last meeting. But it took me asking for recommendations via Twitter for me to be reminded that Spirit of Eden came out in 1988, which seems like an incredible oversight given that, at a push, I’d probably pick it as my favourite record (though I kind of dislike the idea of ‘favourite’ records, in an unequivocal, all-time-number-one way). I have, after all, written reams and reams of fawning, hyperbolic guff about this record, this strange dive headlong into the avant-garde that got Talk Talk dropped and sued by their record label for delivering a willfully uncommercial album (the lawsuit was thrown out, but inspired a clause that became common in major label record deals binding artists to the promise of producing sellable music).

Nearly ten years on from writing the above hagiography, I’m much more pragmatic about Spirit of Eden – yes, I love it, and I like to play it sans distraction, loud, in a dimly lit room, so as to get the full experience, but I’m pragmatic enough to admit that I rarely ever get around to actually engineering that kind of listening experience (once or twice a year if that). I’d also probably hold up Laughing Stock as a stranger, more rewarding, more cathartic record these days, and, conversely, The Colour of Spring as a more frequently-turned-to, easily-consumed album that gets part way at least towards delivering some of the same emotional and aesthetic payoff.

A lot of people talk about how beautiful and sparse Spirit of Eden is, but for me its about the grooves and the noise – the crazy, over-driven harmonica, the heavy blues-y guitar riffs, the thick, liquid pulse of bass and drums. Certainly, some passages are extremely beautiful (the hushed choirs that close I Believe In You), but others – the crazed, thunder and lightning drums of Desire – are incredibly powerful and visceral. I find the whole thing incredibly moving: when Hollis sings “I just can’t bring myself to see it starting” in I Believe In You, I feel like my heart’s going to explode.

Spirit of Eden, as well as being the first “holy grail” of Devon Record Club that we’ve played thus far (that is, a record that we all own), is a fantastic (almost) singular experience, and I love it to bits. But I’m not sure I’m quite as passionate about it as I was a decade ago.

(Oh yeah, for reference, I chose A Survey by Tortoise as my track from 1996. The connection? Both albums have 6 tracks, take liberally from jazz, ambient, and experimental music as well as rock, and, well, Tortoise follow on pretty linearly from Talk Talk’s influence in many ways.)

Rob listened: Well I never. Just a fortnight after hearing the Mark Hollis album for the first time, and finding in it an agreeable contrast with earlier Talk Talk, and mere days after describing ‘Spirit of Eden’ as “the most consistently disappointing record I own” lucky me to get yet another chance to approach its sweeping foothills once again. Lucky, lucky me.

As amusing as I would find it to really stick the boot into ‘Spirit of Eden’ (much as its adherents fawn and weep over it, I bet they use it more to test their hi-fi set-ups), if I’m honest, I can’t. I don’t dislike it. Bits of it are nice. Some bits of it sound lovely. On the whole though, it bores me every time I hear it. And every time I hear it, cold, hollow, I get more irritated by it, moving farther away from its supposed majesty when I’m expected to grow closer. One more listen down, one more step in the opposite direction.

Graham Listened: Like buses, you wait until rounds 37 and 38, then 2 come at once. Nick has already described much of how I feel about this record and done it much better than I ever could. One thing that I’ll never get back though, was the first (virginal?) listen to this record. I came to Talk Talk late in the day, so there was never that rush to get the new album and listen to it until you convinced yourself it was good.  In my little flat in Exeter with my newly purchased “high-end” Goodmans CD player, I played this for the first time and was truly astonished. I went through a period when I would play it only when I could dedicate 100% attention, but following counselling, I am now able to play it as background music on the rare occasion.

Tom Listened: I have always been disappointed by the way I am so easily influenced by the opinions of others. Until Nick brought Spirit of Eden to record club, I have always considered it a near perfect album. However, having heard Rob’s enthusiastic dismissal of Talk Talk’s finest moment at record club made me begin to doubt myself…and I began to hear the record in a different way. Rather than submit to its glorious soundscapes and meticulously constructed songs I caught glimpses of what Rob was hearing. And, for a moment or two, it bothered me. Until the breathtaking Desire confirmed what I had always suspected – in this case he’s just plain wrong!

Spirit – how could I have ever doubted you?