It wouldn’t be an exaggeration to say that Polar Bear have been one of my favourite bands over the last decade, since they first came to my attention as the ‘token jazz nominee’ in the 2005 Mercury Music Prize for Held On the Tips Of Fingers. I feel like I’ve talked about them a lot at record club but never played them – although I did play their (now defunct) rambunctious sister-group Acoustic Ladyland once upon a time.

Polar Bear have been notable for their constant evolution between – and sometimes within – records, but last year’s In Each And Every One pushed them in quite radical, and at times unrecognisable directions; it sounded like the work of a completely different band to their previous record, Peepers (to be fair, there had been a 4-year gap).

Somehow, Same As You manages to do the same again, and sees them broaching even more new ground. Mixed in the Mojave desert, Same As You appears at first glance and from a distance to be sparse, arid even, but upon closer inspection reveals huge detail and perpetual, subtle movement. Where its predecessor occasionally obsessed over the gloomy end of the emotional spectrum, its minimalism occasionally burst by skronking intensity, Same As You is quietly positivist and relaxed, its sunny, love-fuelled intent laid out in a spoken-word introduction about “life, love, and light”.

The key components of the album are Seb Rochford’s polyrhythmic drumming and Tom Herbert’s almost dub-y stand-up bass playing; they form a low-key, constantly shifting bedrock for tenor sax and electronics to subtly explore. Nowhere is this clearer than the 20-minute rumination of “Unrelenting Unconditional”, where Herbert’s nimble fingers are the absolute driving force for most of the running time. Solos exist, but they paint in the margins most of the time, and never seem to be overtly seeking attention.

After the spoken-word intro, “We Feel The Echoes” sets the tone for the album by almost completely disintegrating after four minutes. The tune slowly re-emerges, but it’s so low-key as to almost seem apologetic for being music; and yet it’s beautiful.

If Kamasi Washington’s The Epic is probably the biggest (in every sense) jazz album of the year – an acclaimed, hip-hop circling crossover success that lasts for THREE HOURS and celebrates an entire history of American jazz – then Same As You is almost its opposite: where The Epic is grand, flamboyant, searching and, well, epic, Same As You is quiet, humble, and contented, even as it explores new spaces and sounds. I like The Epic a lot, but through admiration and awe by and large; I love Same As You in a very different and much more personal way.

Rob listened: I loved this. I didn’t get sparse or arid vibes from it as Nick suggests. Instead, in its spaces and absences and digressions ‘Same As You’ seemed intimate adn human. From the grain of the voice that opens the record, you can hear the movement and concentration and the fingerprints of the people who made this music, in each pawed bass string, each brushed snare drum and each pushed sax key. We heard this straight after Grouper, another artist unafraid to remove herself from the foreground and let the world around her and the world in the listener’s head fill the spaces. I got the warmth that Nick describes, but not from sunny sounds, rather from the feeling of being in the company of good people making beautiful music.

Tom listened: This was a strange listen to me, a bit like one of my victoria sponge cakes, it was delicious all the way round but sagged a bit in the middle. So I was immediately hooked by the voice and atmosphere of the spoken word opener which led into the equally fine We Feel The Echoes. From there I don’t recall much until the gargantuan last track which lasted for twenty minutes and at no point felt too long! So, whilst I didn’t unequivocally fall for all the tracks on Same As You, I very much enjoyed at least 35 minutes of it! 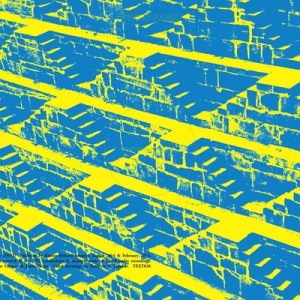 I’d bought a great big pile of potentials to our previous session and talked through them all while introducing what I did play, unwittingly giving myself a big selection to choose from for this session, but as the weeks passed and turned into months since we last met, life took over, and the pile, which I’d left out as an aide memoire, got tidied away. Luckily Rob suggested that we’d talked about Four Tet, because it was record club and he’s a name that comes up onerously often, which gave me an excuse to play his beautiful new record, which I don’t think had quite been released when we last met.

When the title and track listing was announced back in the spring I immediately imaged what I wanted this record to sound like. The primary clue? It consists of only two tracks, each 20-ish minutes long, and they are called “Morning Side” and “Evening Side”. My hope was that Kieran Hebden had made something veering towards an ambient record, perhaps following the lead of the lovely, Eno-esque “Peace for Earth” from Pink. And you know what? He kind of has.

While there’s arguably slightly more ‘substance’ to this than some ambient records – it can and does reward close attention, and you could even dance to it relatively easily if you so wished – it is a decidedly low key affair nonetheless, and very happy to sit quietly in a room whilst you do other things, occupying the purpose of ambient music if not, precisely, the genre.

Hebden has talked about this record as being partially about embracing his family heritage following his grandmother dying in 2013, and the manipulated sample of Indian soundtrack singer Lata Mangeshkar that winds its way beautifully through “Morning Side”, although comparable to some similar vocal samples he’s used in the past, definitely feels like something new in his repertoire. It also feels entirely logical and comfortable.

“Morning Side” has received most praise in reviews and discussion that I’ve seen, but it might be “Evening Side” that I like best; its start is even more low-key than “Morning Side”, and it remains in this beatific state of quietude for some considerable time, before, during the final seven minutes or so, all the vocals, synths, and delicate loops fade away, leaving just a pulsing, hip-hop-ish, club-friendly drum track, which reminds me of the ecstatic John Stanier beats that close out the title track on The Fields’ excellent Yesterday and Today.

Morning/Evening is a very warm and beautiful record; to me it feels like a high point of Four Tet’s remarkably consistent catalogue, up there with There Is Love In You and Rounds. I can’t offer much in the way of critical analysis of it beyond saying that it’s a lovely thing to behold.

Rob listened: It’s a lovely record. A couple of weeks before this meeting, I’d had a week of long hours at work, hours in which I needed to get lost in some of the stuff I had to do. I found myself reaching for this album on Spotify and it worked a treat. It’s soothing, vitalising, warm and tender. I listened to it half a dozen times or more and it worked at any level of focus or attention. It’s also a beguilingly simple and natural-sounding music. This being Spotify I ended up letting it run and taking in large parts of Hebden’s discography back to the last record I bought, ‘There Is Love In You’. I loved what I heard, full of variety, equally gorgeous and scabrous, wide-ranging and exploratory and, in the background or the foreground, intoxicating. It really helped.

Tom listened: Nick seems to be in a rich vein of form at the moment for unveiling beautifully constructed music that soothes and caresses and envelopes in a kind of musical security blanket…nothing too challenging here but certainly very enjoyable to spend time with.

I thought the parallels with In a Silent Way were evident – two long tracks, the second building to an obvious crescendo having teased us with its restraint over the course of the previous 15 or so minutes. Some albums are so frequently misappropriated that you feel that the last thing the world needs is another album that sounds similar yet lesser. In a Silent Way is not one of them…and, anyway, Kieran Hebden has really only echoed the structure of that record; the music on Morning/Evening sounds all his own.