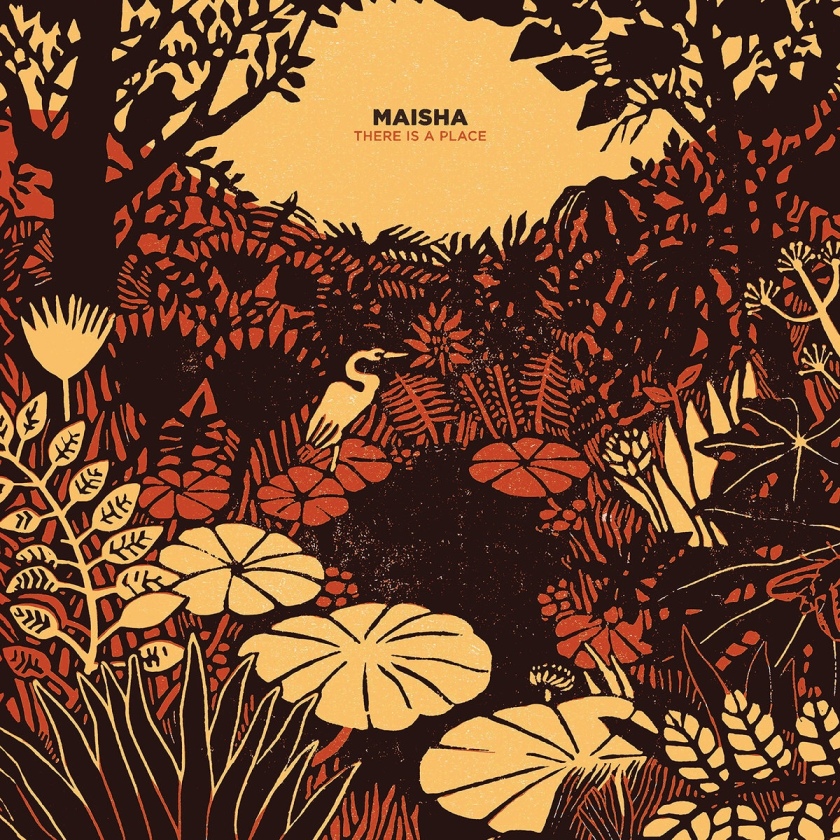 It’s a hard task to choose an album of the year when, if like me, you tend to associate certain albums with different seasons. Playing something that reminds me of zipping along country lanes in the long hot summer we had (such as Rolling Blackouts, Snail Mail…) hardly seems congruous with a damp cold foggy night in the weeks running up to Christmas. So, I chose some jazz. But not any old jazz. This is the debut outing by Maisha, a six piece jazz collective helped initially by the very influential organisation Tomorrow’s Warrior’s and their founders Janine Irons and Gary Crosby. Now only a few weeks before I came to DRC on that cold foggy night I was with both these good people at the 70th Anniversary of the formation of the University of the West Indies in London. Talking to them I learned about their incredible influence on an emerging new jazz scene from London, including other new talents that have blossomed this year, such as Ezra Collective (I will bring their new LP along soon).

It’s hard to write a review of a jazz record without sounding pretentious or inviting sneers of derision aimed at comparing you to the character in the Fast Show (‘nice’). I’ve liked jazz most of my adult life, but it’s always been more attuned to the traditional sounds of Coleman Hawkins, John Coltrane and Miles Davis. Just recently I ventured out to more experimental lands via The Art Ensemble of Chicago’s ‘Les Stances a Sophie’ and some of Robert Wyatt’s more eclectic recordings (such as his debut solo ‘End of an Ear’). After Maisha I’ll not look back, or more probably I will, to seek out its roots and influences. For theirs is a tradition of its own, but splitting into many roads and narrow lanes of various genres.

The album itself is beautiful. As the cover photo suggests a paradise, so the music journeys into a rich orchestral landscape (see I can do pretentious….). The incredible depth of sound that emanates from just six players is astonishing, drawing in hip-hop, afrobeat and funk. Members of the DRC, with more musical knowledge than I, found it hard to place in time. The frenetic lead single ‘Osiris’ opens the album. More symphonic saxophony of ‘Eaglehurst/The Place’ and ethereal piano-musings of closer ‘There Is A Place’ suggest a more contemplative mood. Overall the album has a richness of jazz folk (those of you who know Stewart Lee well can snigger now). Reworked jazz standards played with a distinctively urban and current sound. See it is possible to combine the two, and Maisha pay homage to their roots, but not too much deference to overshadow their craft.

Rob lent me Alice Coltrane’s ‘Journey in Satchidananda’ as a consequence of my choice for the night. Her album combined jazz with her interest in Hinduism – she became a disciple of the guru Satchidananda Saraswati. This intersection was apposite since my other track for the night was Poly Styrene’s ‘Code Pink Dub’ from her final album Generation Indigo – she became a Hare Krishna devotee for much of her later adult life. In a time when the idea of cultural appropriation is questioned we do well to remember that with respect (and respect is critical) this is how new forms of music develop. Styrene moved to dub reggae roots on her album, but on her earlier solo album she incorporated folk influences. Maisha continue this approach, drawing in influences that surely reflect the multiculturalism of London. So a jazz-folk genre is born.

“We believe in a world where opportunities for participation, ownership and leadership in music and the arts are available to all.“

Now, who could argue with that as a positive call for respectful appropriation and mixing of styles. Long may they be supported in this venture.