By the time Tom’s theme got to my 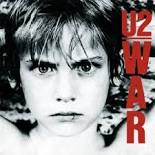 ears, I was only hearing “childhood sweetheart”, none of this “records bought before you were 18”, “records you bought before you thought music was cool” etc. etc..  I operate on a mainly literal basis, so had my reasons for bringing this along for a very brief airing.

The only U2 album I will even think about listening to these days is ‘Achtung Baby’. For U2 to do anything remotely on the scope of “cool” is a huge challenge and they may have got closest with that album. Otherwise I would never dream of spinning a whole U2 album, but our burgeoning numbers and the theme, opened the possibility of a vignette section on the night.

Back to the theme then. This album was responsible for me ending ties with my first proper girlfriend. I’m sure Paula still thanks me for it in any case. I had good reason though. I’d entertained all sorts of pop whimsy in her company, even taken her to see Nick Heyward/Haircut One Hundred in some shape of form. I’d been dabbling in prog/heavy rock and the only other current band I had any real feeling for was Big Country (oh what irony on Round 90). Let’s face it, at 17 in 1983 I was naive and vulnerable. ‘War’ blew me away. It sound vital, harsh, bold, unique, earnest, honest and with hearts literally pinned to the “record” sleeve. I was taken in hook line and sinker and spent much of the next year wearing a long grey coat doing my best to look earnest at every opportunity. Had their been an O level in looking earnest, I would have been a straight A student. Back to the childhood sweetheart for a moment though. She could not understand how important this album really was and simply, “didn’t mind it”. Well that was it, this lily livered approach could not stand in the way of my earnest crusade, so it was curtains on that relationship.

Obviously U2 became a horrible monolith, normally best ignored. I only inflicted ‘Sunday Bloody Sunday’ on the team, but for nostalgia reasons I can still sense a little of that feeling I got when I first heard it. I remember being impressed by Bono’s confidence in writing the song while bombs were still going off and everyone seemed too entrenched to dare dealing with such subject matter. Unfortunately this was only a glimpse in to how bleeding confident Bono would shortly become…………..