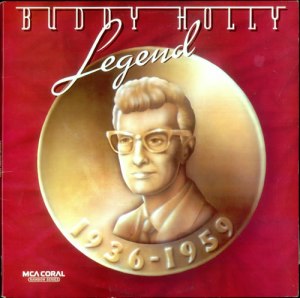 For our last round Graham brought a record that he claimed stood out like the proverbial sore thumb in his collection. Furthermore he then attempted to give the rather self-serving impression that he didn’t quite know how it had got there. And so the theme for this next round was set as ‘Outliers’: records that don’t fit the mould, that sit uncomfortably on your shelves.

I was pretty stumped. Half the records I own are one-offs, but none of these quite seemed to fit the bill. I started at the beginning of the alphabet and tried to pull out things that I might be able to squeeze into the theme. I only got as far as the early Cs before confirming my sense that whilst my collection is significantly comprised of one-offs of some sort or another, and whilst the reasons I took them in might be odd, illogical or hard to justify, I still made a conscious choice to give them a home, and now none of them are outliers. They’re all mine.

I have hundreds of records by bands for whom only one album made it in, and subsequently I never looked to them again, either because the first one never clicked or because it really clicked hard and that was enough to fill some specific gap for me. Some of these would be good candidates for re-examination and presentation to the DRC jury (‘Beach House’ by Beach House, ’The Noise Made By People’ by Broadcast…).

I have records by bands that stand as wonderful one-offs in my collection (say hello to ‘L’Etat Est Moi’ by German Pavement stylists Blumfeld). I have records I got because the band was supposed to mean something, or because their name gave me an echo of some possibly-real, possibly-imagined connection to someone I really did like (I have two Band of Susans records which I’m pretty sure I haven’t heard right through, and which I think were taken in because of some imagined link to Sonic Youth or Big Black). I have loads of records I bought because some aspect of them – the cover, the name, the label, the hometown – led me to assume that they would sound like someone I already loved (step forward Arcwelder).

I have genre one-offs, or things close to. Nothing in my collection sounds exactly like the sweet country folk of Laura Cantrell’s ‘Humming By The Flowered Vine’. Equally, there’s nothing in my collection, and perhaps little in the world, that sounds like Chris Morris’s stupefied late-night horror ‘Blue Jam’, (erroneously filed under ‘C’).

I have always made musical choices and connections based on half-heard recommendations, imagined family trees and ill-informed hunches, and I have no desire to change that. Nothing is a genuine outlier in my record room.

So, in the end I went for something I didn’t put into my own collection.

A couple of years ago, after a number of failed forays through my parent’s house looking for it, I asked my Mum what had happened to their record collection. I can’t recall her exact words but, to cut to the chase, she’d binned it. Whilst I would have loved to get my hands on the singles (“Oh, it was just a load of old rubbish like the Crystals…”), I knew the albums pretty well from a decade of idly thumbing through them and I knew there wasn’t anything in there I was likely to want to go back to. My time with the Houghton Weavers was definitely a primary school thing, and my time with Don Williams and Roger Whittaker is hopefully many, many years away in the opposite direction. I’d previously rescued their only Beatles and Beach Boys records (that’s one compliation by each, by the way) so this left just two albums for which I immediately felt sharp pangs. I went out and bought them both. They were gaps I needed to fill, for reasons I didn’t quite understand.

The first was The Carpenters ‘The Singles: 1969-73’. Much as I looked down on them as soon as I had a few of my own preferences to climb up onto for a vantage point, the songs of the Carpenters suffused my childhood as much as any group. They were ubiquitous on national and local radio and it seemed every house that had a record player had this album. We can happily list the reasons not to like them, but there are great songs, beautifully sung on this record.

The second was ‘Legend,’ an early-seventies compilation of key tracks by Buddy Holly and the Crickets. This sounded around our house more than it did over the airwaves, but I liked it at the time. The music seemed elemental, which is not to say primitive. The songs are simple enough in outline, but their spinning together and outwards of country and western, rhythm and blues and rockabilly into the still emerging forms of rock and roll and pop music is beguiling and bewitching. Tied to a period when the teenager was beginning to exert primacy over culture, but before Elvis and the Beatles had truly ripped the lid off and released the sexual energy that was powering these new phenomena, Buddy Holly’s songs are still sweet and pretty rather than brazen and challenging. Despite that, on close listening the detail of their constructions are often remarkable. Without galloping advances in technology to fuel infinite experimentation, this band used their minimal resources to create music with deft space, unusual rhythmic underpinnings and perfectly minimal instrumentation.

To some they may now sound like distant relics, and Holly as an artist who can be dismissed, but this is a body of work full of fine, foundational, sweet and inventive music. This may not be the record you would take to a desert island, but if you had a guitar and you could play and sing these songs, then I wager you’d be pretty happy.

Holly himself was an alluring figure. Both a straight-up kid next door and a heart-throb, he was, I have always assumed, the Elvis that your parents might have allowed you to sit with unchaperoned. Although his lasting image may be slightly gawky (thanks spectacles!) he was actually knock-out handsome. In my childhood mind all of these opposing forces were coalesced in the conflagration of his death. In fact, come to think of it, his may have been the first famous death I was aware of. I remember staring at a picture in the gatefold of him laughing astride a motorbike and thinking “Wow! He looks a bit more dangerous than that other guy in the thick-rimmed specs” and then wondering how someone like that, someone that young, could be dead. It’s interesting to reflect that the cover of ‘Legend’ appears to depict a man immortalised in his mid-late forties, the age of the audience being marketed to when this compilation was released, whereas the few photos inside show a vital, living, breathing teenager. Buddy Holly died aged 22.

This was definitely the first record I remember my Dad buying and bringing home and evangelising for. All the music here was recorded in the late fifties (1956-59) and so this was my father gleefully going back to the music that was making waves when he was young, a feeling I know myself and cherish all too well. This is a record that connects me to my father as a music fan and a young man in ways I cannot quite articulate.

Tom listened: Simply one of the most genuinely enjoyable listens I can remember having at record club – the simplicity of the compositions are breathtaking, songs that are barely there and yet are totally captivating. I loved every second, even if he seemed to lose a little umph once he moved to New York and stuck a load of instruments over the top of the songs – sometimes people don’t recognise that they are on to a good thing! Would have loved the have heard side three – hopefully I will as I fully intend to get me a copy at some point in the near future.

Graham listened: Well as well as winning the “WTF is this doing…” theme prize, Rob also wins the “shatter all preconceptions round”. I expected this to sound twee and lightweight like I remember it sounded coming out of a MW (that’s Medium Wave, for the ‘Kidz’ out there) Radio during the 70’s. It sounded just as the others describe. Just lucky for the others I threw out my ‘Bill Haley and the Comets’ album some years ago, not in same league as Buddy.

Nick listened: Very little to add given all the affusive praise above – the quality of this music and fascination of its creation really can’t be denied – but what was really fascinating to me was how many of these songs I recognised but, especially with the later ones, didn’t recognise as Buddy Holly, because they were just so different sonically to the early twangy guitar stuff. Also the insanity of referring to ‘early’ and ‘late’ material when there was only really months in between them.