Oh for the normality of proceedings to be restored! Another head bender which actually required more preparation than I am normally used to/prepared to put in. The title sums up the majority of my choices but did take the opportunity to run out a few tracks  from some greatest hits albums that would otherwise gather more dust.  So here we go pop-pickers:

From 1984’s ‘it’ll end in tears’. I’m conscious this album was on its way to DRC once, but never made it for reasons I forget. Obviously a Tim Buckley cover, but one of the few covers that I would willingly agree improves upon original. A precious little jewel in my collection which is only allowed out when I feel it is appropriate to share the emotions it screams (but very quietly). Changed my view of what music was meant to be about. I could actually sense the track quivering in its sleeve that it had to be let out in same company as Jello Biafra. However, all this welling up of emotion can be quickly dispelled by laughter when you clock Robin Guthrie’s hair in the extremely 80’s video  http://www.youtube.com/watch?v=4mUmdR69nbM

Rob listened: We’ve established that I don’t know Tim Buckley. I also had a block on This Mortal Coil despite following several of their label mates and parent bands. They were too 4AD, if you know what I mean. I knew this, and it’s lovely, a gauzy bed for Liz Fraser’s luminous voice. Not knowing the original must, I imagine, lessen the impact.

Tom listened: Obviously fantastic, possibly better than the original, this must be one of the most identifiable covers of the 80s; one of those rare events where the song becomes owned by the magpie.

Nick listened: I’ve owned this record for years but barely ever listened to it; this is really good, but, like the Tim Buckley original, after having it hyped for so many years I eventually found it a little underwhelming. 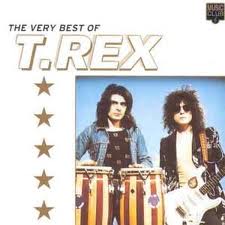 Failed a late fitness test for singles world cup but this track from greatest hits album deserved an airing. What a riff, followed by an increasing wall of sound approach. Interesting artist who spanned mercurial talent, to hosting his own children’s TV show.

Rob listened: I’ve been troubled by Bolan at various times in the past. My flatmate Clive used gleefully to play some awful nonsense of his about Unicorns and mermaids and other such bollocks. This was sufficient to stop me ever going beyond the standard radio play singles. All of which counts for shit as soon as this crunching riff stomps in and the song begins its rockin’ rollin’ boogie.

Tom listened: I like Marc Bolan well enough and always enjoy hearing his hits whenever they occasionally crop up on 6 music or desert islands discs or whatever…but I do find the singles a bit indistinguishable. It’s all more or less the same song but that song happens to be a good one. 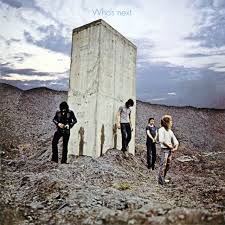 Time to get  ‘Back with another of those cock rockin’ beats’. Innovative, creative and we used it to open the 2012 Olympics, 41 years after first release. Stands the test of time, though the fact Mr McCartney closed the ceremonies, does weaken that argument. Spent many years believing the title referred to an Irish baby, really proves research pays off.

Rob listened: The Who are another almost total blindspot. I’ve seen Tommy and own Quadrophenia, but before I got to either of these my feelings were shaped as an impressionable young lad by seeing Roger Daltrey shilling for American Express. I love loads of bands who credit The Who pretty heavily, but for whatever reason, they leave me pretty cold. I get why you’d like Baba O’Riley but I just don’t.

Tom listened: I’ve been on the verge of buying Who’s Next on numerous occasions, I’ve even walked up to pay for it but put it back when something in the rack caught my eye on the way to the checkout. Of course, Baba and Won’t Get Fooled Again are pretty much ubiquitous and I am not sure they quite live up to their reputation but, that said, this is still a great song that I always enjoy hearing. 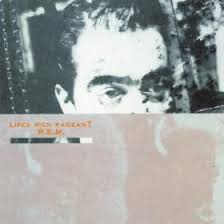 Simply, before ‘Green’ when it all started to go horribly wrong. Their fourth album and they weren’t afraid to play with a more powerful/muscular sound  and a vocal talent coming to the fore.

Rob listened: Perfect. I finally got to see REM play in Cardiff a couple of years before they hung it up ‘These Days’ the song that follows this on Life’s Rich Pageant hit me so hard, had such an irresistible undertow pulling me back to younger days that I cried my eyes out. ‘Begin the Begin’ is everything that was great about mid-80s REM. Forceful, beguiling, nagging, sensual and packed with oblique hooks. It gets no better in my view.

Tom listened: Life’s Rich Pageant is my favourite REM album, yet it is one of the few early records I don’t actually own. I had LRP on a cassette whilst at university and spent many a happy hour wandering the streets of Sheffield with this blasting on my walkman. Hard to pick a favourite from the record, it’s a shame Graham didn’t save it and play the whole thing at a later meeting.

Nick listened: It’s alright, I guess. Maybe you had to be a certain age at that time? I was 7, so, y’know. 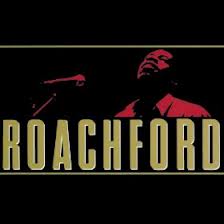 Since I saw the film I have not been able to get this song out of my mind. To rediscover that I owned the album with the track on came as a joyous surprise.

Rob listened: Alan Partridge is a scholar of rock the likes of whom we at DRC can only (and often attempt to) aspire regularly.

I present exhibit A:

“’Sunday Bloody Sunday’. What a great song. It really encapsulates the frustration of a Sunday, doesn’t it? You wake up in the morning, you’ve got to read all the Sunday papers, the kids are running round, you’ve got to mow the lawn, wash the car, and you think ‘Sunday, bloody Sunday!”

Tom listened: I liked Alan Partridge for a series or two but feel somewhat bewildered by the esteem he is held in by my fellow DRC members. Unfortunately, if you don’t find Partridge all that funny, all you’re left with is Roachford! 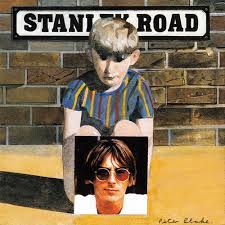 The Modfather has had barely a mention at DRC as far as I can recall. Played this track from Stanley Road because I liked it, even the others didn’t.

Rob listened: I gave my future wife a copy of this album on our first date. Not because I liked it, but because she mentioned Weller, I had a review copy, and I was massively allergic to it. I remain so.

Tom listened: I’ve never quite worked out what my problem is with Paul Weller…but for some reason he makes my skin crawl. He does look like an afghan hound but I don’t think that’s the main sticking point.

Nick listened: He’s clearly very talented, but there’s just something a bit ‘heritage railway’ about how he writes songs and records them, post The Style Council. It’s like ‘artisan bread’ when you just want Mighty White.

7. The Jesus and Mary Chain – Sidewalking

Rob listened: I still remember the first time John Peel played this and was so struck by it that he dragged the needle right back to the start and played it again. I was blown away not only by the song but perhaps even more so by the notion that music, this sort of music, could affect someone so very much. I love Sidewalking and I loved the Mary Chain but this song’s most lasting effect on me was caused by Peel’s reaction to it. I’ve been looking for those moments ever since.

Tom listened: The last great Mary Chain song. Sidewalking is undeniably wonderful and should have heralded a bright new direction, but instead we were treated to the turgid heap of crap that was Automatic. One of the most disappointing albums ever!

Nick listened: Never heard this before, but it was great. Might pick this compilation up. Or just download this one tune…