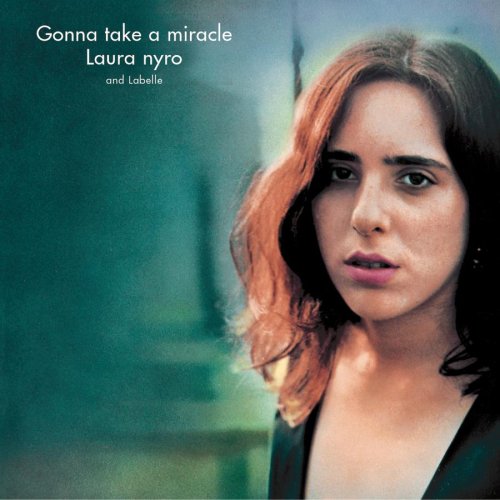 I could, and should, have just gone for the safe choice, and picked something from this year that I knew no one else owned because we’d talked about it, like Anna Meredith or Thee Oh Sees. Or some semi-obscure electronica like Akufen or Superpitcher. Or some bloody modern British jazz, like I pick every other bloody round anyway. But no, I tried to be a bit clever, and pick something by someone that somebody might have heard of. Tom asked what year it was from. When I said 1971 he replied that he owned something by EVERYBODY from 1971. And he does, the bastard. So Laura Nyro AND LABELLE cost me a tenner. Unfairly, I might add, because this album of sumptuous, fangirl covers of the soul, R’n’B, doo-wop, girl-group, Brill Building and Motown that Laura adored growing up as a teenager in the Bronx is most definitely a collaboration, and Tom only actually owns a live album by Laura Nyro which features no LaBelle at all whatsoever, making this, I think, a record by a substantively different artist.

Anyway, quibbling aside, Gonna Take A Miracle is produced by Gamble & Huff, who are basically the architects of that sumptuous Philly soul sound, and it is lush (but not, note, overblown). Laura’s a good enough singer on her own, but backed up by Patti LaBelle, Nona Hendryx, and Sarah Dash, as well as the formidable musicianship of Gamble & Huff’s session band, she becomes part of something absolutely formidable, and not a little bit gorgeous. It’s a record made by great musicians as a tribute to the great music they grew up with, and as such it’s full of love.

There’s not a great deal else to say about Gonna Take A Miracle; it’s soul music, and it’s fabulous. I don’t have a back story with it particularly – I bought it years and years ago after reading about its status as a bit of a lost classic. I might argue that it contains the definitive versions of “Jimmy Mack” and “Nowhere To Run”, but arguing about this music seems churlish to say the least. Just enjoy it.